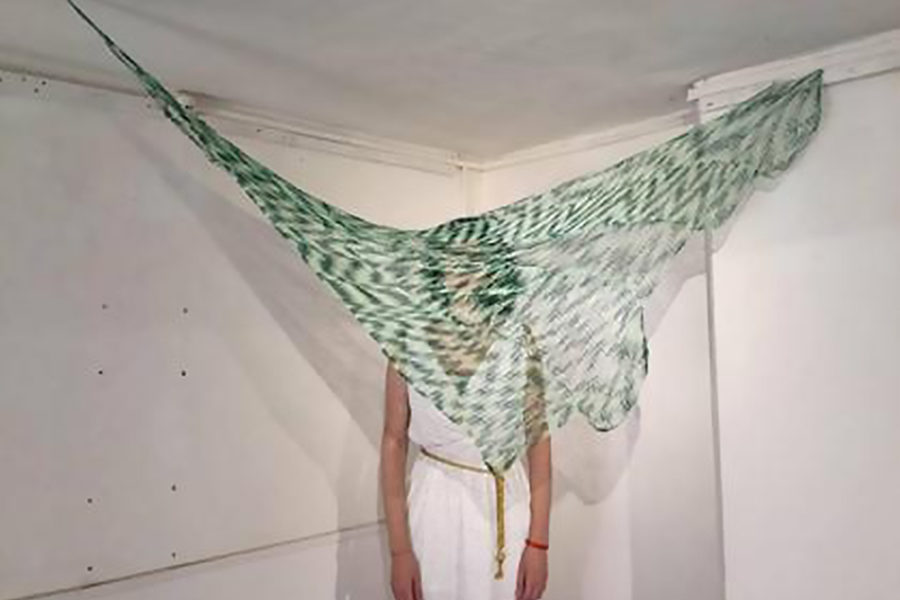 Lisa Mara Batacchi has been a collaborator with Clark House since 2013, when we participated in programmes curated by her in Florence. Medium often have sexual associations, and such can be said of knitting, a practice seen unpopular, time-taking and predominatntly associated with an older female middle-class, Batacchi thus introduces designs into the weave of wool which reinstates the belief of the 'immateriality' of medium – the connotations and associations of it use. We have invited Batacchi for a residency and final open studio on the May 16th She has worked in collaboration with the Gormati Banjaras, who have worked traditionally with weaving and knitting and now live as manual casual labour in the slums of Bombay. We hope to support a programme of public outreach and exhibition that sees Batacchi collaborate with the Bombay community during here time she has worked a paper artisan Bhavesh Shukla, Kritika Balsane a weaver and Clark House member Poonam Jain in a project that is conceptualized along with Italian artists such as Giancarlo Norese and Lapo Binazzi (UFO). In an art context where the conceptual is often exploitative, Batacchi reaches the realm of the avant garde and the contemporary by including the least spoken within the arena.